0
Pepper rasam – A good medicine for cold and cough.Especially if you have sore throat,pepper rasam will do  the magic.It will be a good combo with hot rice. 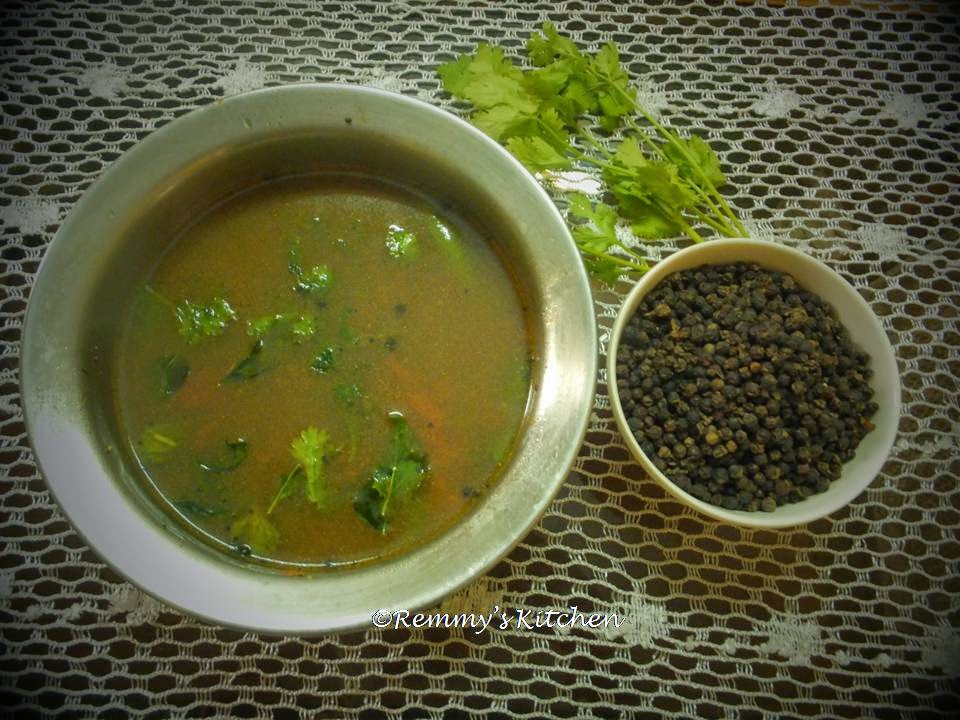 How to Make Egg Biryani 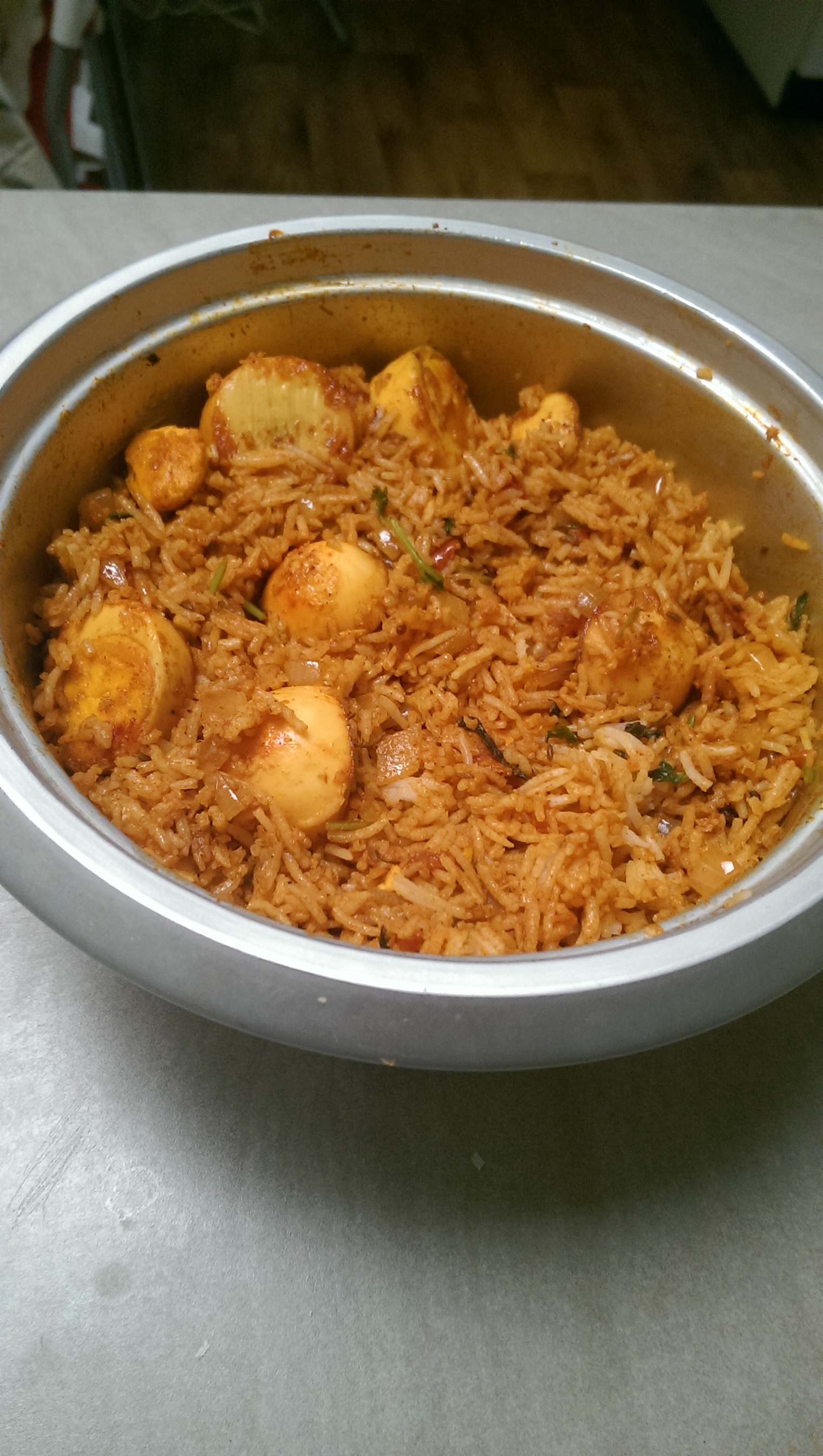 I is an upcoming Indian Tamil science fiction romantic thriller film produced and distributed by V. Ravichandran under his production company, Aascar Films. The film was scripted and directed by Shankar and features Vikram and Amy Jackson leading an ensemble cast which include Suresh Gopi, Upen Patel, Santhanam and Ramkumar Ganesan portraying pivotal roles. The soundtrack album and background score was composed by A. R. Rahman. Production design was handled by T. Muthuraj. P. C. Sreeram was the film’s cinematographer and editing was done by Anthony.  Movie is scheduled to Release in Melbourne, Sydney and Queensland  Australia on 15th January 2015 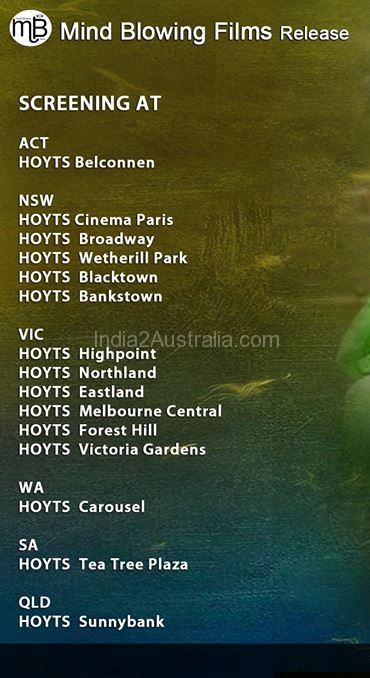 Lingaa is an upcoming Tamil action drama film being directed by K. S. Ravikumar, who also scripted the film in collaboration with the film’s dialogue writer, Pon Kumaran. The film stars Rajinikanth plays dual role, Jagapati Babu, Anushka Shetty and Sonakshi Sinha in the lead roles. Music is being composed by A. R. Rahman while cinematography is being headed by R. Rathnavelu 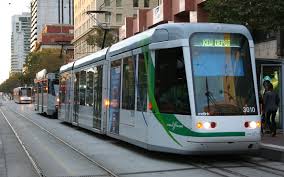 The world’s biggest tram network will go free and green in the heart of  Melbourne from 1 January 2015, with a striking new look for the Free Tram Zone unveiled today.
More than 70 tram stops in Melbourne’s CBD and Docklands will have bright  green signage to let passengers know when they are in the new Free Tram Zone.
The Premier Denis Napthine and Minister for Public Transport Terry Mulder  took a sneak peak of the signage at a stop in Elizabeth Street today.
Premier Napthine also announced that more than 30 extra metro train  services and around 300 extra tram services would operate for the AFL Grand Final.
“From 1 January, travel will be free for people using trams within the Free Tram Zone, which will be great for families, students and tourists to Melbourne,” Dr Napthine said.

“Vibrant signage will catch the eye, providing an instant reminder to  passengers that they are in the zone and don’t need to touch on their  myki. In fact, you won’t  even need a myki if only travelling within the Free Zone.

“This is an historic initiative in the history of Melbourne’s public  transport that will further cement Melbourne’s place as the world’s most liveable and friendly city.”

Dr Napthine said that PTV will boost public transport to get footy fans to the AFL Grand Final with ease.

“The AFL is one of the reasons why Melbourne is the sporting capital of  Australia and we are providing more public transport services to provide the best way for  fans to get to the ‘G’ and take the hassle out of driving,” Dr Napthine said.

The new Free Tram Zone follows the traditional CBD grid and stretches from Flinders Street to Victoria Street, and from Spring Street to the vibrant new Docklands precinct in the south.

Dr Napthine said train, tram and bus commuters would also make big savings from 1 January by being able to travel across Zones 1 and 2 for the price of a Zone 1 fare.

“A commuter who pays for a daily Zone 1+2 ticket will save about $1,200 a  year and annual myki pass holders will save $750. Travel entirely within  zone 2 will also be maintained at the cheaper fare,” Dr Napthine said.

“People will be able to travel much of the city without a ticket and visit some of our best landmarks such as the Queen Victoria Market and  Federation Square.”

Dr Napthine said most major attractions are either within the Free Tram  Zone or a short walk away.

“Walking is a great way to explore any city and major attractions such as  Melbourne Museum, Southbank and the National Gallery are a short walking distance from the Free Tram Zone.
“Free city tram travel is a major benefit for visitors and enables them to discover all that Melbourne city has to offer by public transport, but at no cost,” Dr Napthine said.

Minister for Public Transport, Terry Mulder said commuters in the Free Tram Zone only needed to touch on if travelling beyond the Free Zone.

“Tram stops near the border of the Free Tram Zone will have signage to  indicate where the zone ends to remind people to touch on if they haven’t already done so,” Mr Mulder said.

“Drivers will also announce when trams are about to leave the Free Zone.

“The Government’s affordable public transport package will benefit both commuters in the outer suburbs and also people living close to the city  who want to use public transport to travel across the breadth of Melbourne,” Mr Mulder said.

Mr Mulder said the Government was continuing to invest in building a better, safer and more affordable tram network.

“Almost $20 million of tram works are underway including raising the  height of the tram stop in the Bourke Street Mall, one of three such  upgrades in the CBD alone.

“More affordable public transport and an ongoing investment in new trains  and trams is on top of the Coalition Government delivering an extra 10,000  train, tram and  bus services each week since coming to office,” Mr Mulder said.

PTV and Yarra Trams are gearing up over the next few months to train  hundreds of drivers and customer staff, as well as prepare a public  information campaign and  install the new signage to enable the smooth  introduction of the change.

Minister for Multicultural Affairs, Matthew Guy has announced a $400,000 grant to assist the construction of the $2.7 million multi-purpose hall at Gurdwara Sri Guru Granth Sahib Keysborough.
Visiting the Keysborough Gurdwara on Sunday 14thSeptember, Minister Guy made the commitment which would provide lasting benefits for the local Sikh community.

Minister Guy addressed the congregation with the Sikh greeting (“WaheguruJiKaKhalsaWaheguruJi Ki Fateh!”) and declared that he would help the Gurdwara with any future projects.

The Multipurpose hall will be used for promoting cultural programs and specific activities for women, elders, youth  and special need members of the community.  The hall will also be used to provide the free meals “LANGER” program from 7am to 9pm.

The guests were received by Gursharn Singh, President, Manjit Singh, Secretary, Enderjit Bahia, Treasurer, and other committee members including MC Harman Singh who publicly thanked Minister Guy for the grant.

Dr Ali Khan and Enderjit Bahia made a presentation regarding Sikh religion and their visions of the Gurdwara, which include the multi-purpose hall, kitchen, community hall and the library.

Throughout the day the Liberal candidates maintained a friendly atmosphere and had langarsitting on the floor, as per Sikh tradition, with the local Sikhs.

Move over MSG, Modi to address three gatherings in Australia 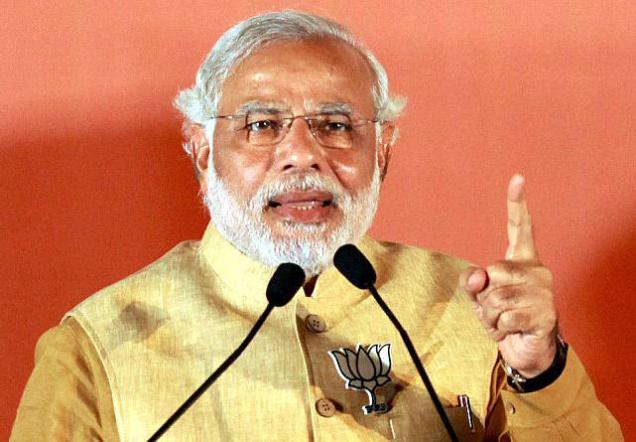 After Madison Square Garden in New York, it will be the historic Melbourne Cricket Grounds

Prime Minister Narendra Modi will outdo his multi-event programme in the U.S. when he visits Australia next month for a four-day, four-city visit where he will address not one but three big gatherings.

Sources told The Hindu, after Madison Square Garden (MSG) in New York, it will be the historic Melbourne Cricket Grounds (MCG) that will see an official reception; the Allphones Arena of the Sydney Olympic Park, which will see an Indian community event for him.

Taking a cue from Mr. Modi’s desire to visit cities other than the capital, the Australian government is splitting up its official welcome to the Prime Minister. Australian Prime Minister Tony Abbott will host Mr. Modi at the G-20 summit in Brisbane, the bilateral in Canberra, and at a gala dinner at the Melbourne Cricket Grounds for about 500 special invitees.

There are many common threads to Mr. Modi’s visit to Australia and to previous bilaterals in Japan and the U.S.

Bharatiya Janata Party general secretary Ram Madhav, who was responsible for liaising with the Indian community in New York to organise the Madison Square Garden event, is currently in Australia, seeing to the details.

Meanwhile, a specially formed Indo-Australian Community Foundation has already begun to register people to fill up the Sydney superdome as the arena is known, that has a capacity of 21,000. That’s bigger than the New York crowd of 18,000, even though the Indian-Australian population is a fraction of the Indian-American community.

His speech to the group is expected to focus on economic opportunities for India and Australia and a pitch to his domestic audience much like the speeches in New York and Tokyo were.

Mr. Modi’s visit to Australia is the first by an Indian Prime Minister since 1986, and the first address to Parliament.

Almost the entire Indian men’s hockey team that bagged gold at the Incheon Asian Games has been retained for the tour of Australia next month. The 10-day tour, from October 30-November 10, is part of India’s preparations for the upcoming Champions Trophy, to be hosted in Bhubaneswar from December 6-14.

The Indian squad, announced by Hockey India on Thursday, would be led by Sardar Singh and includes 15 of the 16 members at the Asiad. Only Chinglensana Singh has been omitted. Young drag-flicker Gurjinder Singh has been included in the squad along with defender Harbir Singh and striker Lalit Upadhyay.

How to Build a Successful Online Business

Do you want to bu

I bet you do. Now that I have your attention, what is the first and most important step that will help you achieve that?

It’s important to know your audience and to build an awesome website that is fast and secure. It’s also important to have a social media presence and to write engaging articles.

But all of these come after you set up your business objectives and goals.

Setting up your business objectives and goals is the first and most important step towards your success online. Without them, you might as well not start it at all.

Whether they are simple goals like attracting readers and engaging visitors, or bigger goals, like increasing conversion rate, you need to have them on paper.

Then, once you are aware of what you want to achieve with your website, it’s time to start measuring those goals.

The simplest way to do this is by using Google Analytics. Google Analytics helps you not only see stats about your visitors, but also lets you create and measure your website goals and objectives.

If you are just getting started with Google Analytics, you may want to read more about  revamping your communications, or get a handle on the basics of Google Analytics.

But, you likely already have a Google Analytics account, so let’s just dive in to creating the first goals for your website.

For starters, I would recommend you measure:

Engaged visitors: visitors who stay on your website longer than the average

Readers: visitors who read more pages on your website that the average

subscribers: visitors who sign up for your newsletters or likes your networking page

Customers: visitors who purchase a product

Ad performance: clicks on ads to see which one is performing best, and who sent the traffic that clicks on your ads.

Before diving into each of these stats, let’s see how you can create a Google Analytics goal.

On the next screen you should see the Visitors Overview—this is a good opportunity to check your Pages/Visit and Avg. Visit Duration stats. You will use them later.